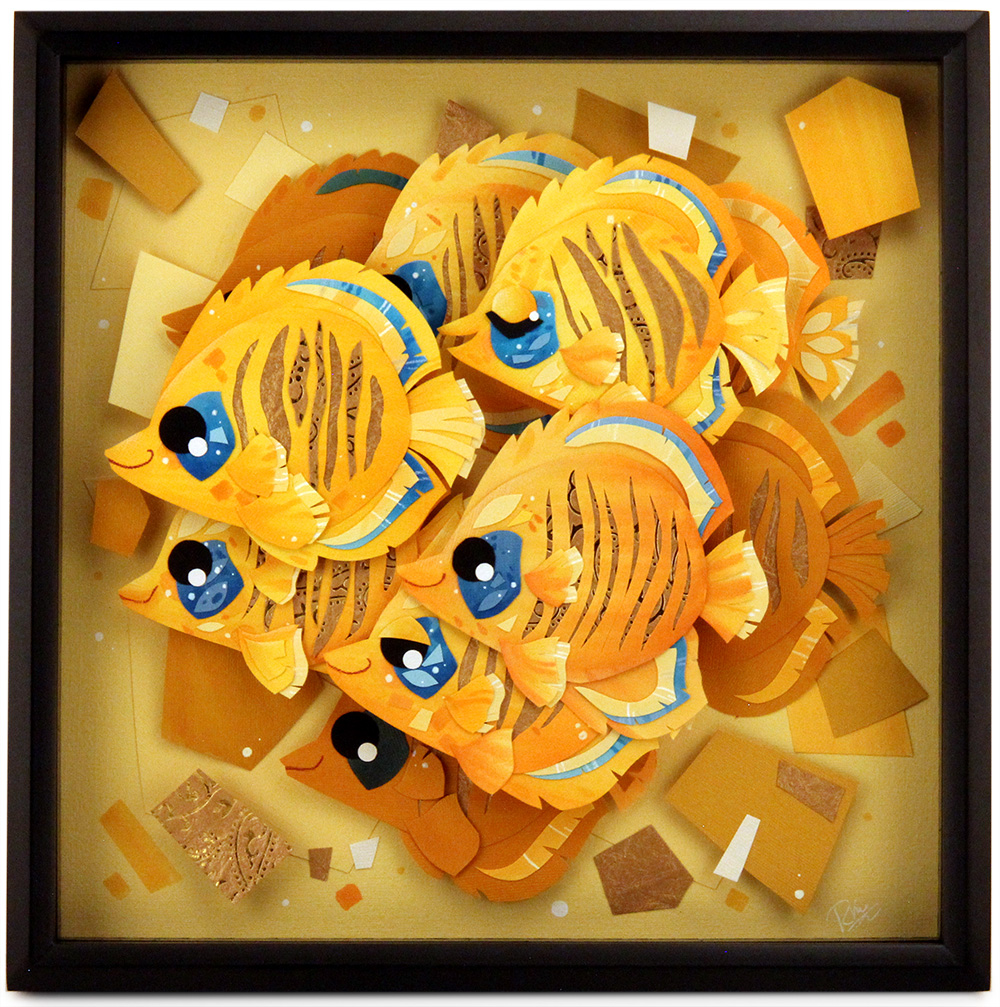 < previous
SHOW ALL
next >
School’s Out

The bluecheek butterflyfish is found in the northwestern Indian Ocean where it occurs in the Red Sea and the Gulf of Aden, as Far East as the coast of Oman.

The bluecheek butterflyfish is one of the few fish species to have long-term mates. In the wild, the fish eats hard corals as well as benthic invertebrates. This is a common species which is found in areas with rich coral growth. They are frequently recorded in pairs or in small shoals. They have been known to occasionally hover in a stationary position for long periods beneath ledges of plate corals of the genus Acropora. It is oviparous species which forms pairs when spawning. This is normally during the day and the fishes emerge and are active at night.

The bluecheek butterfly fish is one of thousands of fish and other marine life that rely on the shelter and habitat provided by coral shoals and coral reefs.  Unfortunately, coral reefs face numerous threats to their continued survival. Destructive fishing practices, pollution, and invasive species threaten local coral reefs in populated areas. Climate change and ocean acidification threaten all coral reefs around the world. Without careful management of human activities and an active reversal of global threats, entire coral reefs may be lost. That loss would risk the million species and hundreds of millions of people that rely on coral reefs’ existence for their survival.

Your purchase of this piece contributes 20% to helping Oceana's ongoing efforts to protect our precious coral reefs for future generations as well as for the countless number of sea life that depends on them. Learn more at Oceana.org.