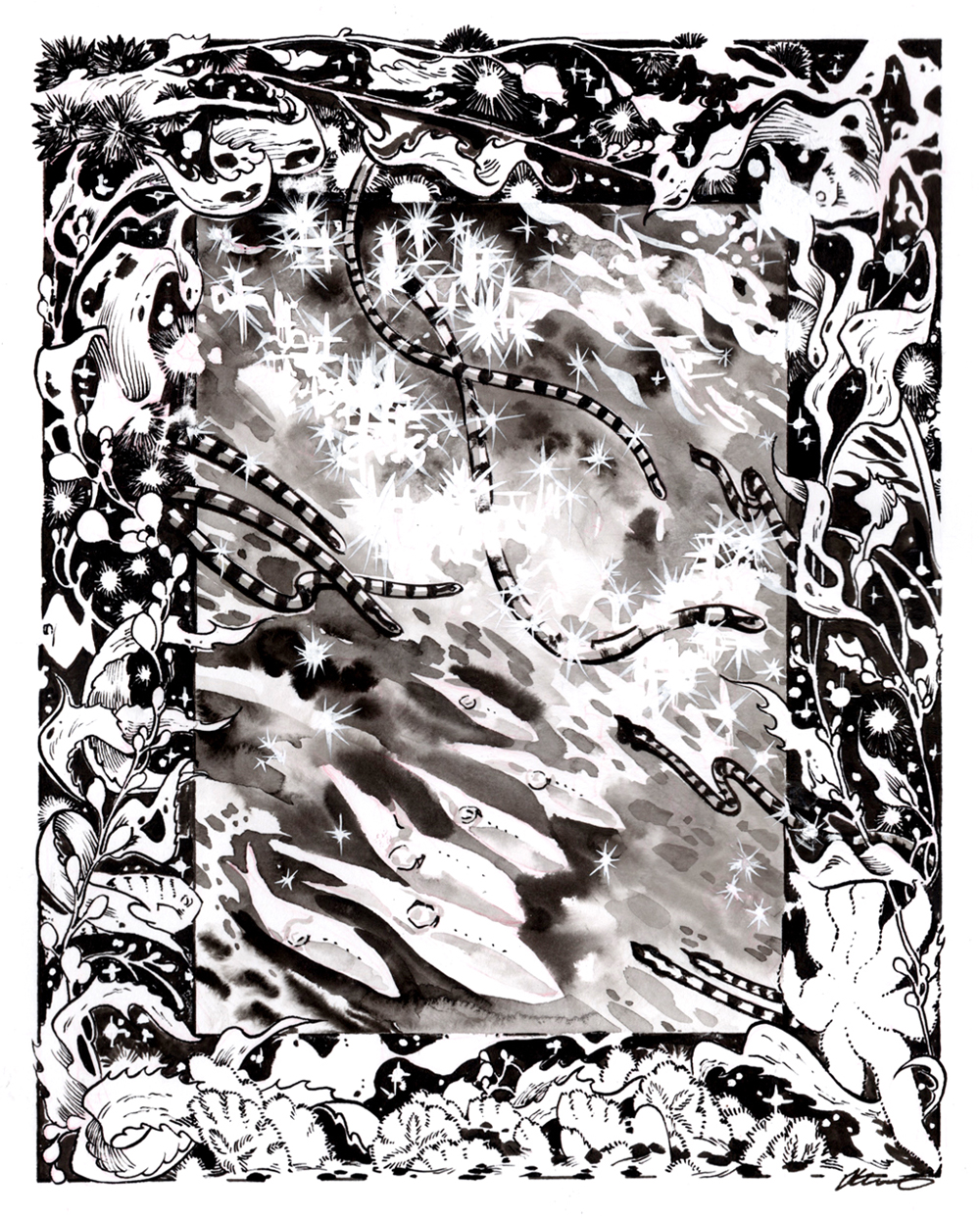 < previous
SHOW ALL
next >
Dispersal


The banded sea krait is a sea snake that lives on coral reefs in the eastern Indian and western Pacific oceans. It gets its common name from the dark, vertical bars (bands) that streak an otherwise white body. Unlike some other sea snakes that complete their entire lifecycle in the ocean (e.g., olive sea snake), the sea kraits spend more time on land.

Like the sea turtle, saltwater crocodile, and other reptiles, these snakes must come ashore to nest. They must also occasionally drink freshwater and seek out coastal sources of water for that purpose. Furthermore, they often digest their food and rest on land and use terrestrial rocks to shed their skin. Though they spend much of their time on land, banded sea kraits are well adapted for hunting on coral reefs. They can hold their breath for long periods of time, and they have a paddle-like tail that improves their swimming ability.


Though banded sea kraits have potent venom, an old wives’ tail claims that their mouths are too small to bite a person. This claim is untrue; instead, banded sea kraits are apparently docile snakes that often choose to not bite, even if provoked. Some people, however, are bitten each year (most notably fishermen who accidentally capture them).

Amonng the other creatures depicted here are also chokka squid, sea urchins, sand dollars, and California kelp. Currently there is a concern that due to the sea urchin's sudden increase in numbers, the spiny kelp eaters are at risk of wiping out the kelp forests off the cost of the Pacific West, including the California kelp. Your purchase of this piece contributes 20% to Oceana's efforts to help curb the swelling sea urchin population and to bring the pacific kelp forests back into balance. Learn more at Oceana.org.