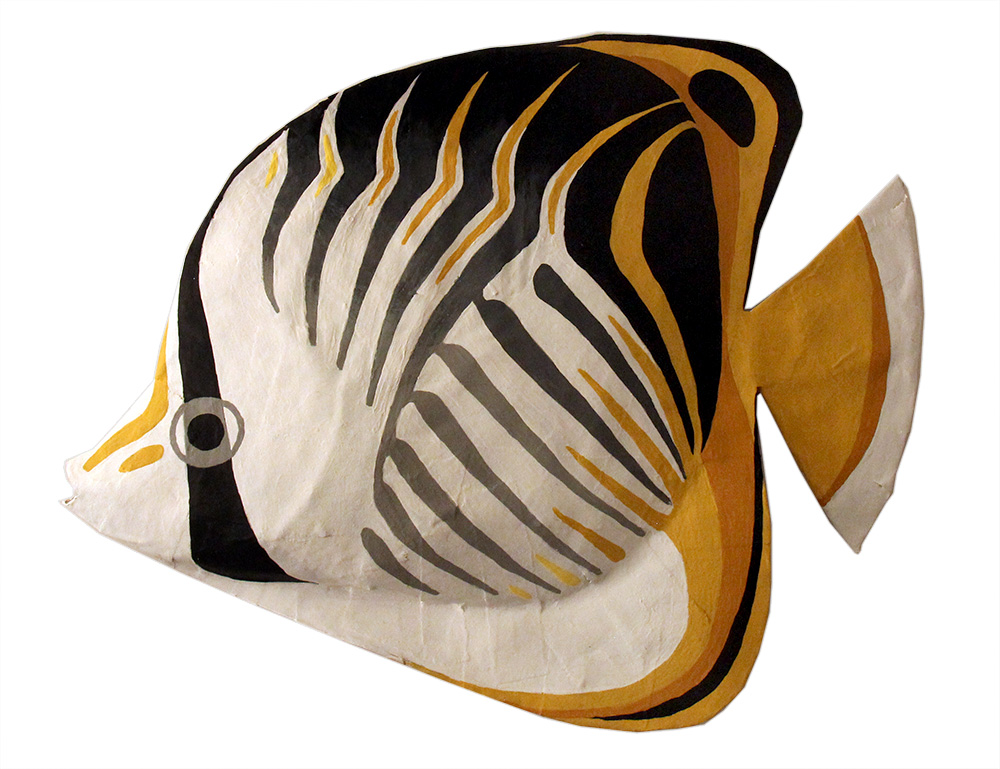 < previous
SHOW ALL
next >
Threadfin


There are over 100 different species of butterflyfish across the globe, and their unique and colorful patterning makes them a favorite of ocean divers and aquarium enthusiasts everywhere.

The threadfin butterflyfish is so named for the delicate chevron stripes that line its body. It is only found in the waters surrounding the Hawaiian islands. It is found in the Indo-Pacific region, from the Red Sea and eastern Africa (south to Mossel Bay, South Africa) to the Hawaiian, Marquesas and Ducie islands, north to southern Japan, south to Lord Howe Island and Rapa Iti, at depths of 1–35 metres (3–115 ft). Like most butterflyfish they bond in monogamous female / male pairs, though same sex pairs have been noted in the wild.


While these creatures are thankfully not in danger of extinction, the drastic changes that their coral reef habitats have undergone do have the potential to endanger them. Your purchase of this piece contributes 20% to Oceana in their ongoing efforts to preserve coral reefs globally. Learn more at Oceana.org.