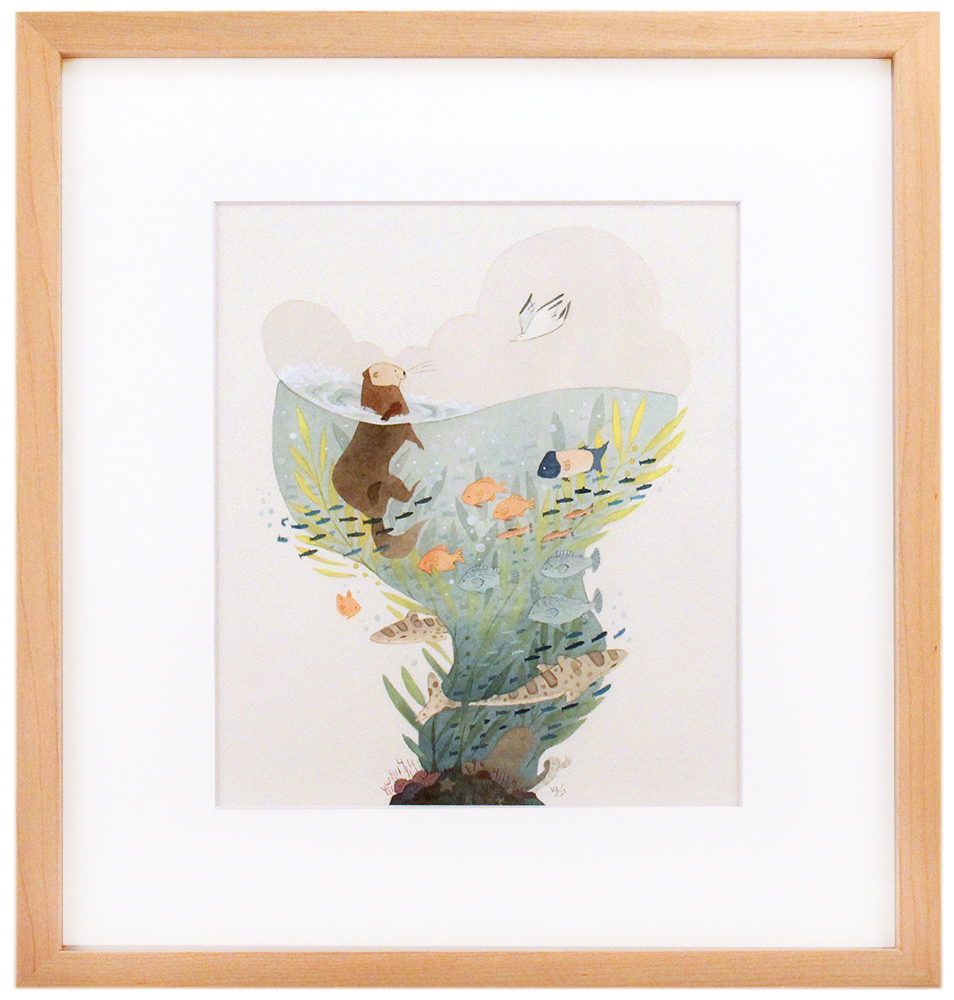 < previous
SHOW ALL
next >
Kelp Forest

Kelp Forests are underwater ecosystems formed in shallow water by the dense growth of several different species known as kelps. Though they look very much like plants, kelps are actually extremely large brown algae. Some species can reach heights (underwater) of 150 feet (45 m), and under ideal physical conditions, kelp can grow 18 inches (45 cm) in a single day! As a result of this incredible growth, kelp forests can develop very quickly in areas that they did not previously exist.

Kelp thrives in cold, nutrient-rich waters. Because kelp attaches to the seafloor and eventually grows to the water’s surface and relies on sunlight to generate food and energy, kelp forests are always coastal and require shallow, relatively clear water. Kelp forests provide important three-dimensional, underwater habitat that is home to hundreds or thousands of species of invertebrates, fishes, and other algae. Some species aggregate and spawn in kelp forests or utilize these areas as juvenile nursery habitat. Large predatory species of sharks and marine mammals are known to hunt in the long corridors that form in kelp forests between rows of individual plants.

Though kelp forests can disappear and reappear based on the oceanographic conditions and the population sizes of their primary herbivores. Warmer than normal summers and seasonal changes to currents that bring fewer nutrients to kelp forests (both sometimes occurring naturally) combine to weaken kelps and threaten their survival in some years. Strong individual storms can wipe out large areas of kelp forest, by ripping the kelp plants from the seafloor. Large gatherings of sea urchins (a primary herbivore in kelp forests) can prevent kelp plants from growing large enough to form forests. The cycle between these so called “urchin barrens” and well-developed kelp forests is a well-studied phenomenon in regions that are favorable for forest formation. Each of these natural alterations to kelp forest density or total area affects the community of invertebrates and fishes that live in this ecosystem. Population sizes of many of these species (including some that are commercially important food species) depend on the success of kelp growth each year.

Destructive fishing practices, coastal pollution, and accidental damage caused by boat entanglement are known to negatively affect kelp forests. Your purchase of this piece contributes 20% to Oceana's ongoing efforts to preserve kelp forests and the animals they provide habitats for. Learn more at Oceana.org.