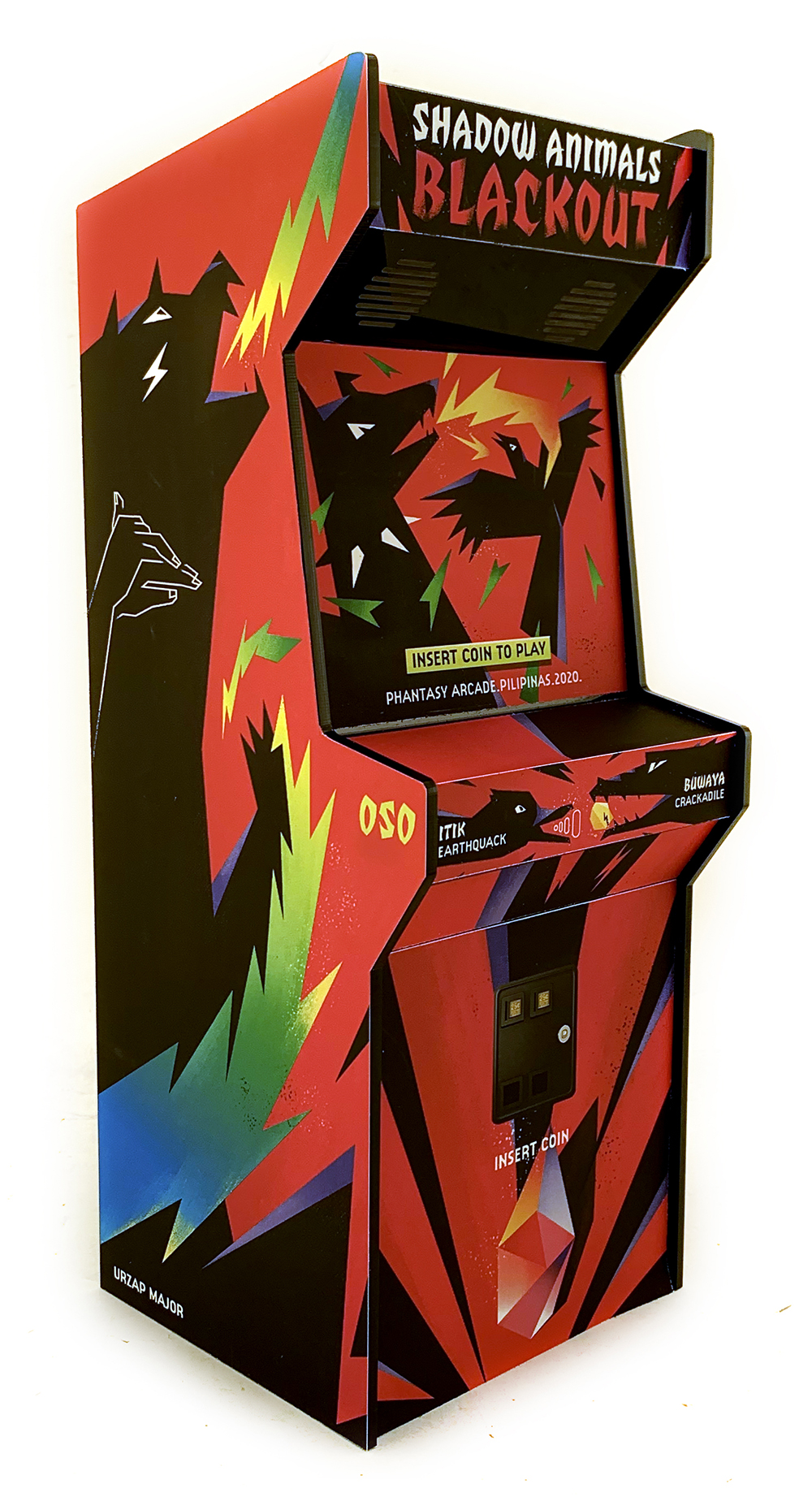 *Each mini cabinet is hand assembled and the external sticker graphics are printed using archival vinyl adhesive and inks. Cabinets include an internal battery powered light to illuminate the screen / marquee areas and a mini blue tooth speaker can also be added on (additional cost).  Because these are hand assembled, no two cabinets are exactly alike and may have slight imperfections.
** Please allow 1-2 weeks for construction of cabinets as these are made to order. Thank you

When the Blackout swept across town, those with the power of the ember gem
were called to wield the dark fury of…the shadow animals.
As a Shadowcaster trained in the art of the Black Palm Summon, call on your inner
shadow animal and fight for supremacy in a land possessed by darkness. Will you
bring feral lightning on your foes as Urzap Major? Crash into battle with
Combustibull’s explosive force? A mighty roster of beasts wait for you to enter the
arena and claim their fearsome power.
Master your shadow animal with a flurry of palm and finger strikes aimed at your
enemy. Shatter your rival’s ember gem to sever their connection with their beast,
but be warned: they’re out to destroy yours too.
Step into the dark, put your fists up, and let the power of your shadow take form.
---
While blackouts were a common problem in the province of Dan’s childhood, they
were also moments for some imaginative play. Against the light of a candle, he
and his siblings would conjure animal shapes with their hands, their shadows
looming large in the theater of their house’s walls. Shadow Animals: Blackout is
inspired by those memories and is influenced by Dan’s love of the Street Fighter
games he played growing up.