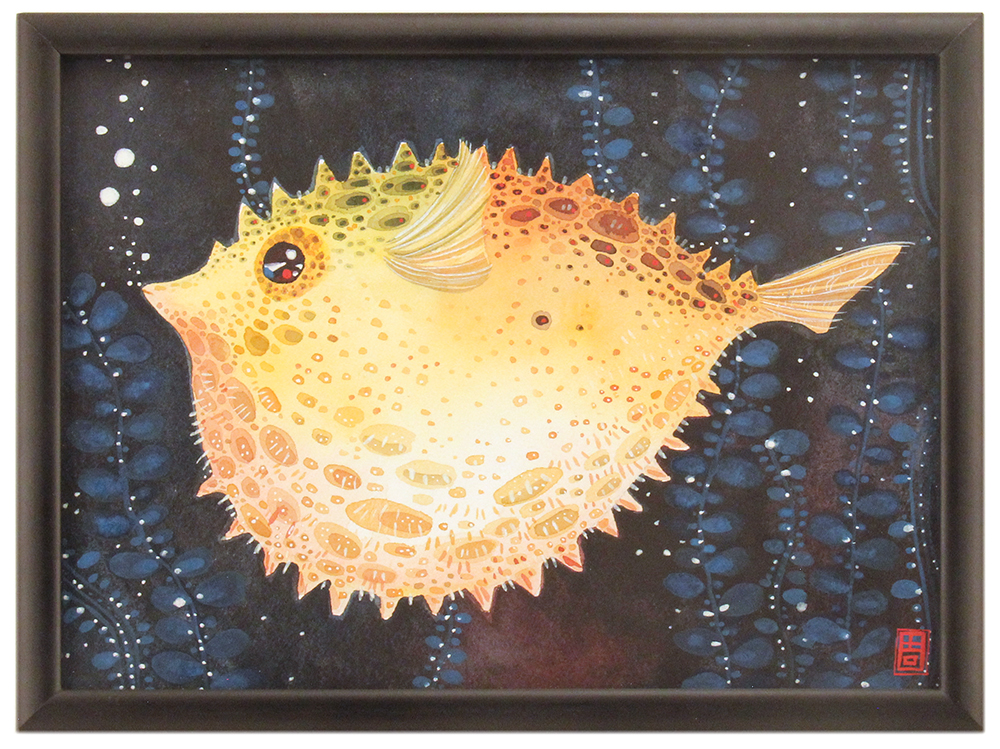 < previous
SHOW ALL
next >
puffer fish

This species is known to occur on coral and rocky reefs throughout the world’s tropical and subtropical seas, likely because it lives in the open pelagic ocean until it reaches a size of approximately eight inches (20 cm). However, an extensive genetic study of the spotted porcupinefish may reveal the existence of different species in different ocean basins (e.g., on either side of Central America). Unlike many blotchy species of porcupinefishes, this species is covered with small, regularly spaced spots.

The spotted porcupinefish, like all porcupinefishes, has very strong jaws and beak-like teeth. All the teeth in the upper jaw are fused into a single plate, and all the teeth in the lower jaw are fused into a single plate. In fact, the family name for porcupinefishes (Diodontidae) means “two teeth,” reflecting the single tooth plate that these fishes have on each jaw. Spotted porcupinefishes are foraging predators, and don’t eat other fishes. Instead, their specialized jaws and teeth are perfect for feeding on hard-shelled or spiny invertebrates, like urchins, snails, and crabs. They spend much of their time foraging for their preferred prey.

The spotted porcupinefish is typically fairly uncommon but can reach large numbers at some locations. Its conservation status is currently unknown, but its rarity is likely a natural occurrence.

Your purchase of this piece contributes 20% to Oceana's ongoing efforts to preserve the habitats of beloved creatures like these. Learn more at Oceana.org.