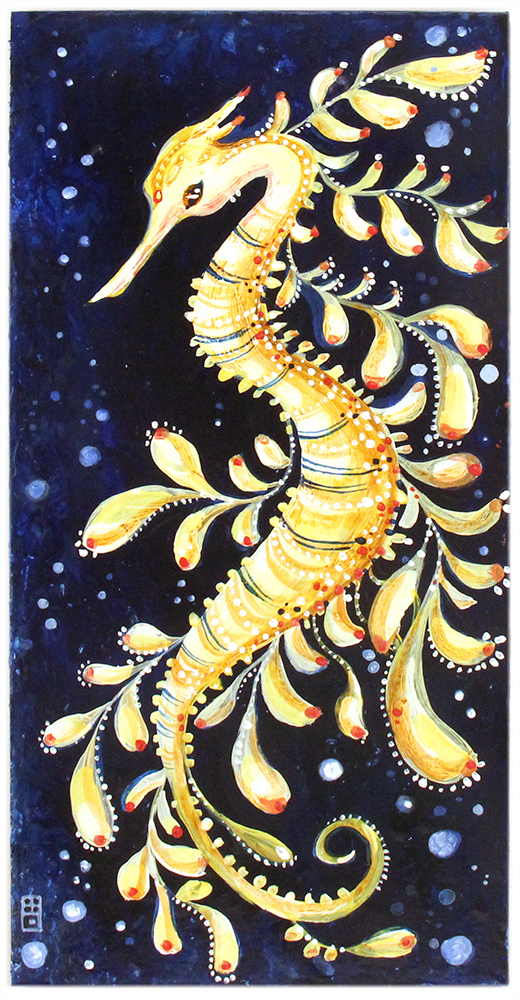 < previous
SHOW ALL
next >
dragon seahorse


The leafy seadragon is a charismatic species native to the southern coast of Australia. Though these fish resemble seahorses, they are actually more closely related to the pipefishes, and they may be intermediate between these two groups of fishes. Leafy seadragons are named for their plant-like appearance that allows them to perfectly blend in with algae that grow in the seagrass beds and the rocky reefs where they live.


The leafy seadragon is a popular species in public aquaria and its trade is tightly regulated. There are very few people licensed to collect leafy seadragons, and a more significant threat to their populations comes from their accidental capture in fisheries targeting other species. Scientists consider this species to be near threatened with extinction. Without continued careful management of the human activities that affect leafy seadragon populations, the species could become more seriously at risk of being lost.

Your purchase of this piece contributes 20% to Oceana's ongoing efforts to preserve the biodiversity of our oceans. Learn more about the leafy seadragon and how best to protect it at Oceana.org.