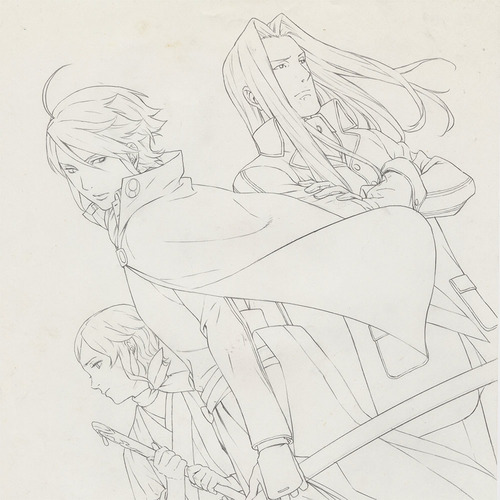 Nucleus welcomes Japanese character designer and mangaka Yusuke Kozaki back to the gallery! As more and more artists create work digitally, this exhibition showcases rare paper and pencil gems of animation and video game history. This will be one show that anime and gaming fans won't want to miss!


ABOUT YUSUKE KOZAKI
Yusuke Kozaki is a prolific illustrator, manga creator, and character designer for the animation, film, and video game industries in Japan. Starting out as a manga artist in 1997, Kozaki-san has since worked on several well known video games, comics, and films. His manga Donyatsu was made into an animated series. Some of the notable titles include: