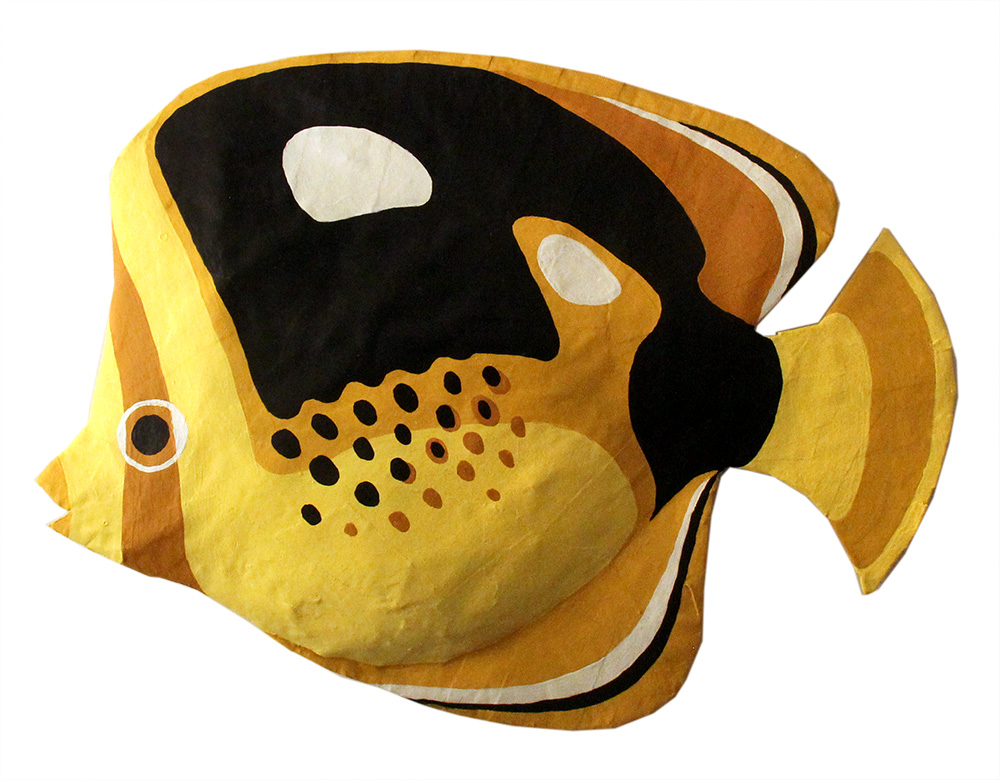 < previous
SHOW ALL
next >
Fourspot


There are over 100 different species of butterflyfish across the globe, and their unique and colorful patterning makes them a favorite of ocean divers and aquarium enthusiasts everywhere.

The fourspot butterflyfish is so named for the four distinctive white spots visible on its upperbody. Like most butterflyfish they bond in monogamous female / male pairs, though same sex pairs have been noted in the wild. Since fourspot butterflyfish are highly associated with scleractinian coral, they are an indicator of reef health and their relative abundance is contingent on coral reef abundance. With recent global changes in climate, especially the 2015-2016 rise in water temperatures and mass coral bleaching event in the central Indo-Pacific, this species may have experienced a decrease in food resource.

While these creatures are thankfully not in danger of extinction, the drastic changes that their coral reef habitats have undergone do have the potential to endanger them. Your purchase of this piece contributes 20% to Oceana in their ongoing efforts to preserve coral reefs globally. Learn more at Oceana.org.