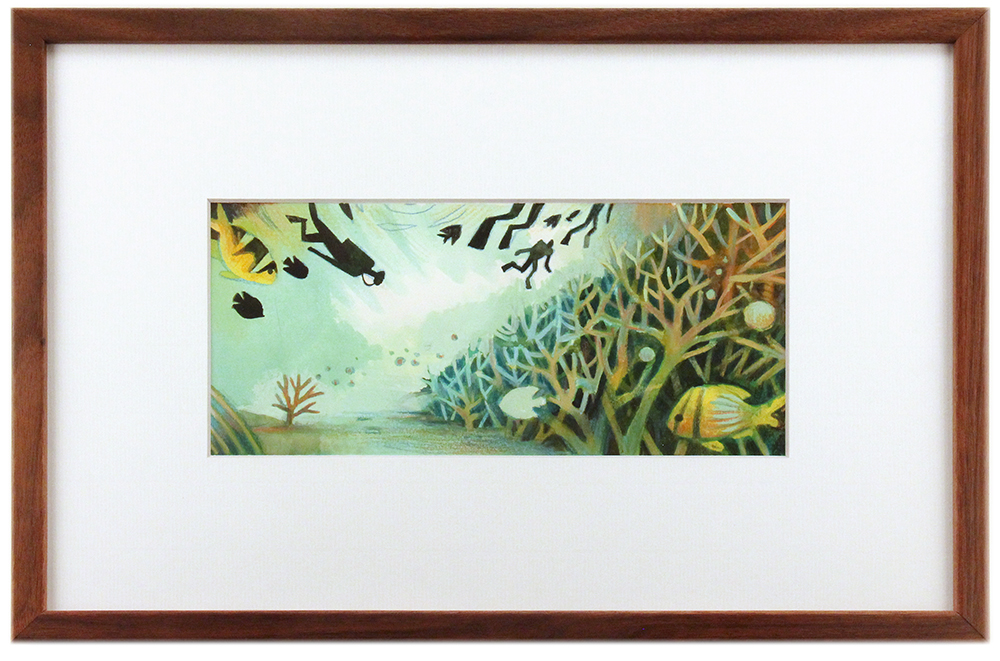 Often nicknamed the “rainforests of the sea,” coral reefs are some of the most diverse ecosystems on Earth. Scientists believe that more than a million species around the world live on coral reefs. At any one reef, thousands of species can be collected or observed living there. It is therefore not surprising that coral reef scientists – like their colleagues working in rainforests – discover new species living in this ecosystem all of the time.

Coral reefs are made of the calcium carbonate skeletons of corals – small immobile animals closely related to jellyfish. Though individual corals can be quite small, they live with millions of other individuals, and over the course of hundreds of thousands of years, they build reefs that are absolutely enormous. The largest coral reef in the world, the Great Barrier Reef in Australia, can be seen by astronauts in outer space. Unlike rocky reefs, where the reef structure is created by geological processes, the reef structure on coral reefs is created by biological processes – the growth and death of reef-building corals, sponges, and other immobile marine animals. This structure provides holes, crevices, and even caves for all sorts of other animals, including shrimps, crabs, clams, snails, fishes, and many more. Numerous species are perfectly adapted to a coral reef lifestyle.

Corals prefer warm, clear, shallow water, and these reefs are found throughout the tropics. Different species of corals live in different ocean basins, so reefs in the tropical western Atlantic Ocean can look different than reefs in the Indo-Pacific Ocean. Furthermore, scientists have different names for coral reefs based on the way in which they grow: fringing reefs are those directly attached to the shore; barrier reefs are separated from shore by a lagoon; patch reefs are small reefs that occur throughout a lagoon but do not form part of the barrier reef; and atolls are circular reefs surrounding a lagoon that no longer includes a central island.

In addition to being home to countless marine animals, coral reefs are very important ecosystems for coastal peoples. They are often the first line of defense against strong tropical storms for coastal communities, and at least 400 million people rely on coral reef fisheries for income and food. Furthermore, high value tourism in many places relies on healthy, intact coral reefs to attract visitors to remote parts of the world. These services, and others, combine to make coral reefs extremely valuable to nearby communities. Unfortunately, coral reefs face numerous threats to their continued survival. Destructive fishing practices, pollution, and invasive species threaten local coral reefs in populated areas. Climate change and ocean acidification threaten all coral reefs around the world. Without careful management of human activities and an active reversal of global threats, entire coral reefs may be lost. That loss would risk the million species and hundreds of millions of people that rely on coral reefs’ existence for their survival.

Your purchase of this piece contributes 20% to Oceana's ongoing efforts to protect our coral reefs from extinction and to raise awareness of how vital these habitats are to our oceans and way of life. Learn more at Oceana.org.