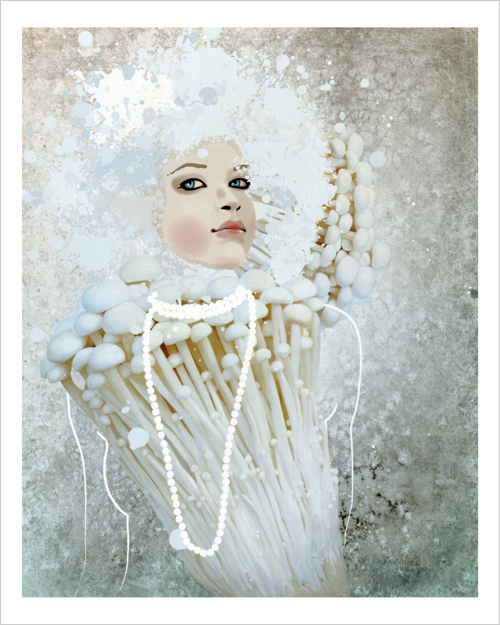 Born and raised in Russia, Oksana Badrack moved with her parents to the United States as a young girl. Growing up in an environment heavily influenced by theatre and the arts, Badrack received boundless creative stimuli while being constantly surrounded with objects of fantasy and the unusual. These elements are now commonplace in her surrealistic and sublime depictions. "Enoki" exemplifies Badrack's unique style and Nucleus is honored to release this limited edition giclee.