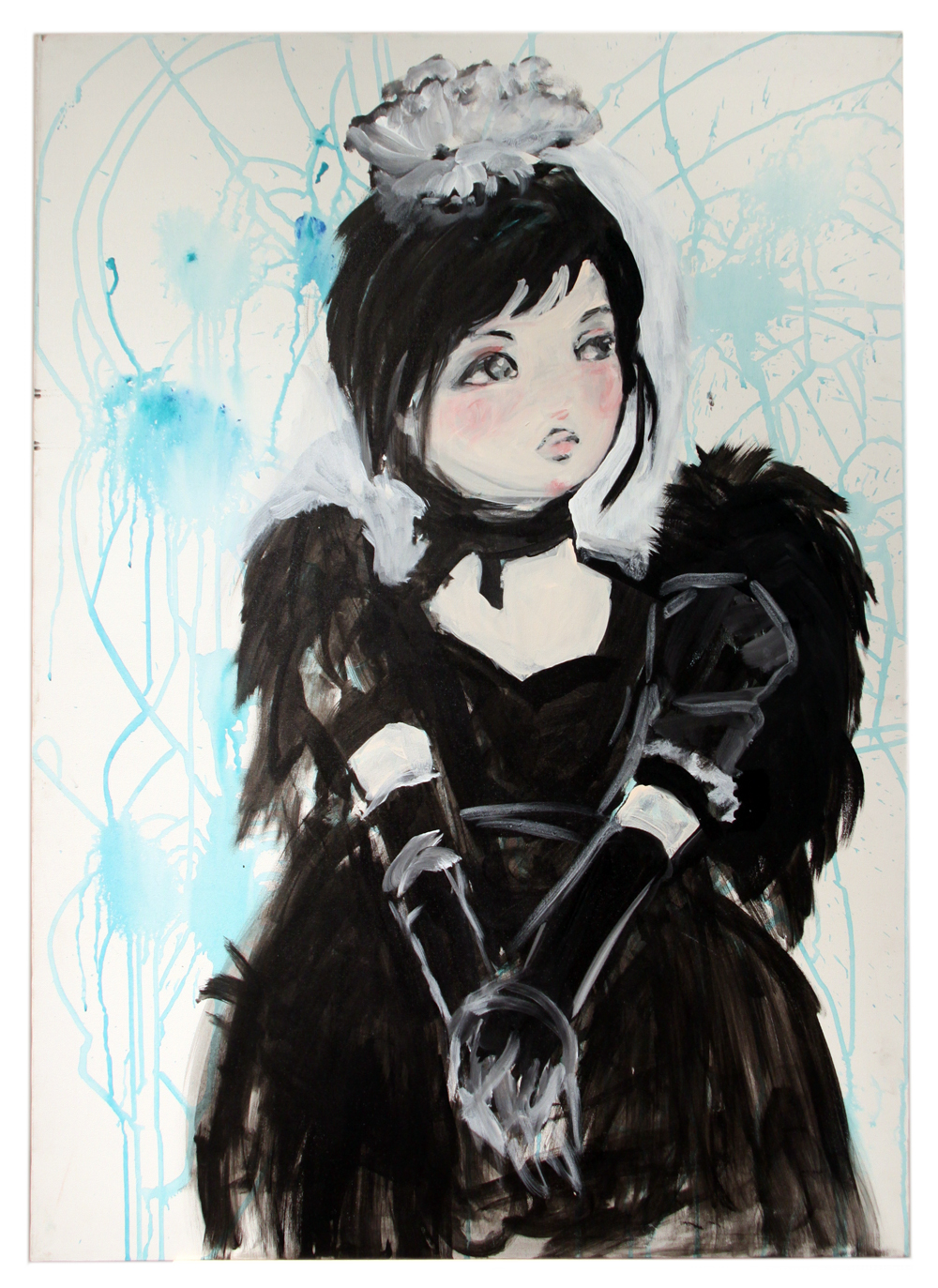 More about the artist:
Yuki Miyazaki’s work elicits a marriage of her Japanese heritage and her strong identification with Los Angeles. Born in Kumamoto, Japan, Yuki came to Los Angeles as a girl deeply interested in continuing her families tradition of creating art. Yuki’s paintings have been described as “Eastern pop culture meets classic Western children’s book illustrations.” Painted to appeal to all ages of viewers Yuki’s work at turns seems directed as children’s illustrations while at other times reflecting the harder edge of Los Angeles’ “lowbrow” art scene. With a professional background as an animator, Yuki’s strong sense of edgy counter culture jumps off the image as if talking to the viewer. It’s Yuki’s intent to take the stories of her imagination and convey them through her art.

For the second consecutive year Yuki’s works have been selected to appear in the Asian and Pacific Islander American Heritage Calendar and Cultural guide, presented by Mayor Antonio Villaraigosa and the City of Los Angeles Department of Cultural Affairs. Yuki was also recently honored and selected by Netdivers juried international ten year anniversary competition of emerging artists. Yuki continues her dedication to merging Japanese imagery with her urban LA lifestyle. Yuki is quintessentially a Japanese Angelino artist.
Yuki Miyazaki Online

Yuki Miyazaki produced this work in a live painting session during the opening night for Sweet Streets. The artwork was then auctioned off during the event.