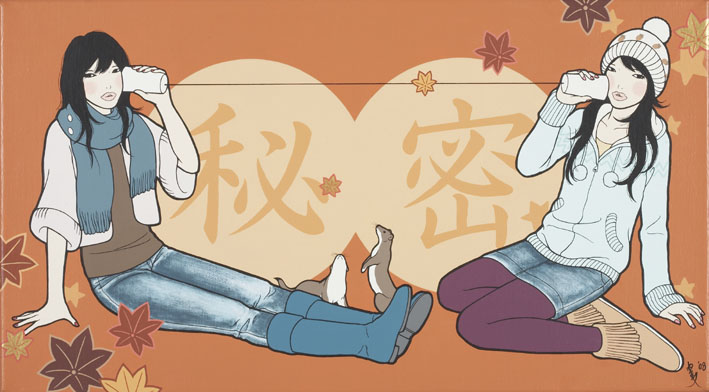 Yumiko Kayukawa grew up in the small town of Naie in Hokkaido, Japan. In this pristine, natural surrounding, she found her love of animals and nature which later became an important theme for her work. As she grew up, Yumiko drew inspirations from American pop culture such as Rock & Roll, film and fashion. These influences are fused with modern and traditional Japanese motifs to create her unique style.