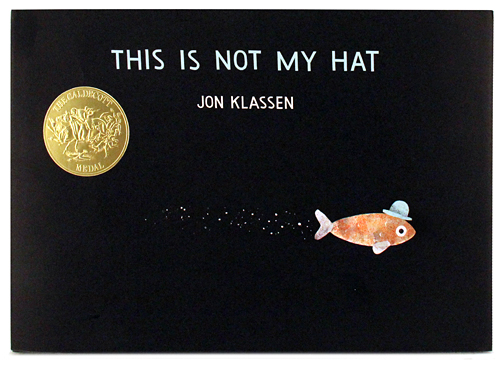 This Is Not My Hat

From the creator of the #1 New York Times best-selling and award-winning I Want My Hat Back comes a second wry tale.

When a tiny fish shoots into view wearing a round blue topper (which happens to fit him perfectly), trouble could be following close behind. So it’s a good thing that enormous fish won’t wake up. And even if he does, it’s not like he’ll ever know what happened. . . . Visual humor swims to the fore as the best-selling Jon Klassen follows his breakout debut with another deadpan-funny tale.