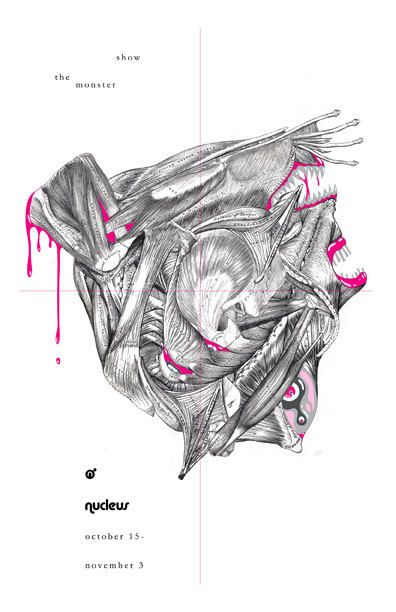 In celebration of our one year anniversary, Nucleus presents a show dedicated to monster lovers and creature creators. Diverse artwork will be shown from artists who have influenced the horror and science fiction entertainment that we enjoy today. Come meet these artists from the movie, television, and video game industries. This show is a display of what these talents do best, create beautiful monstrosities.

After Nucleus’ initial opening in October, we have strived to support artists, local talent, and musicians while raising awareness for the arts and offering fresh culture. Nucleus has curated over a dozen art shows and special events to date, carried rare books created by rare talents and offered artist workshops and classes. Nucleus would like to thank our friends and patrons for making Nucleus possible.