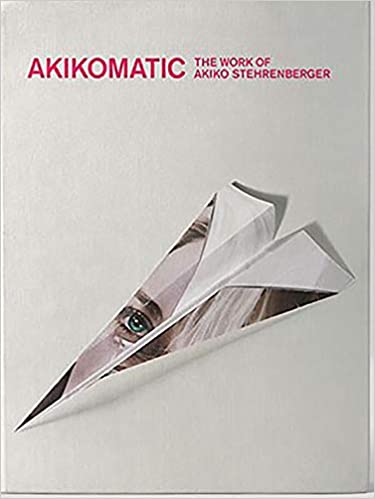 Books are signed by the author, Akiko Stehrenberger. Signed preorders will ship in early December, 2021.


Any Akikomatic books purchased from Gallery Nucleus from now until the end of the Akikomatic Twitch stream on November 11th, 2021 will automatically be entered into our raffle. The winner will be announced at the end of the stream, and will receive one film poster of their choice signed by Akiko.

If you’ve caught a glimpse of a promotional movie poster in the last 15 years, chances are you were taking in the work of Akiko Stehrenberger, the Los Angeles-based artist you didn’t know you knew.

Stehrenberger has worked on projects for some of cinema’s most important and influential filmmakers, translating their unique vision from screen to film poster. The list of names includes a long roster of trailblazers, among them Michel Gondry, Spike Jonze, Jonathan Glazer, Harmony Korine, The Coen Brothers, Sofia Coppola, David Lynch, Michael Haneke, and dozens of others.

Stehrenberger, a California native, imbues her unique brand of surrealism to the art of the movie poster utilizing various techniques, including painting, computers, and traditional forms of graphic design—all while conceptually dissecting the films themselves, which helps to illuminate why Akiko is such a vital visual artist.

The book will put readers at the center of her process (from concept to execution), examining how her life and heroes influenced the special vision she brings to the world of film poster design. Akiko’s art making story will be told in a way that mirrors her process, utilizing analog and modern techniques (including film, film photography, and illustration), all in an effort to a better understanding of her creativity.

Having become one of the most respected movie poster designers and illustrators of her generation, she is now on the cusp of a major creative change in her life: She has begun to embrace her own fine art and has branched out into new mediums, with the hope of exhibiting her work in the future. This book will capture what she has so skillfully harvested from just one realm of her imagination so far.