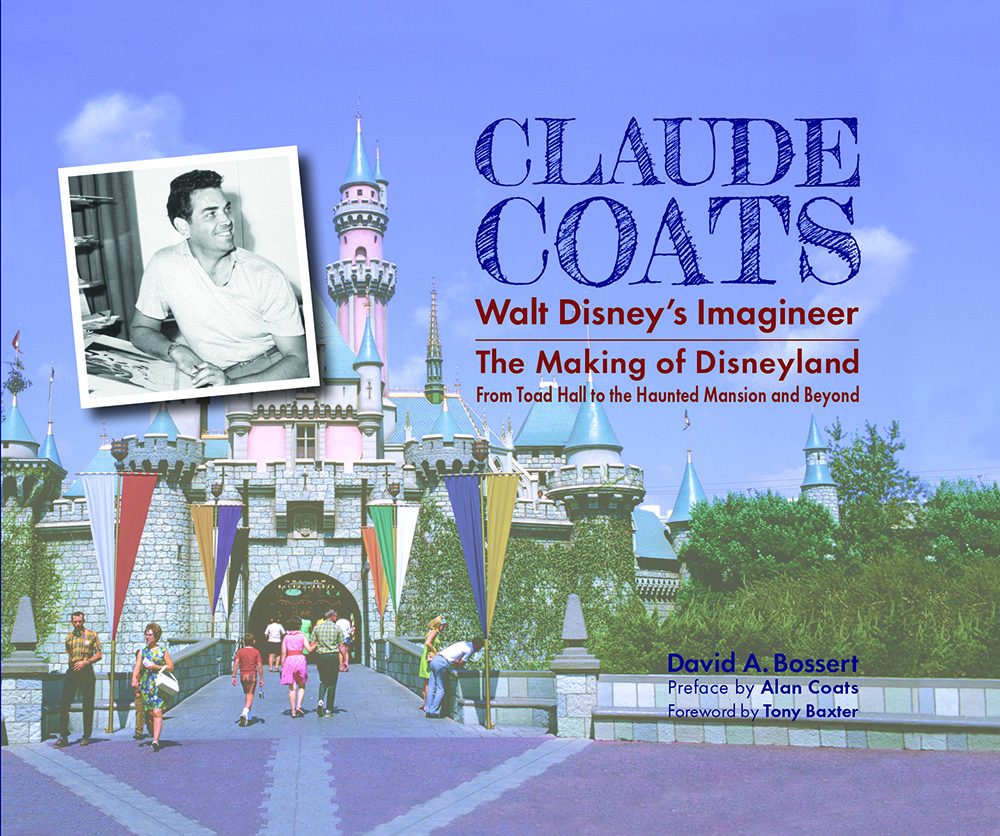 Signed by author, David Bossert, and former Imagineer, Alan Coats. Preorder copies of the second printing will ship in mid to late Spring 2022.

Claude Coats: Walt Disney’s Imagineer—The Making of Disneyland: From Toad Hall to the Haunted Mansion and Beyond
is the story of artist and designer Claude Coats who, for more than half a century, was one of the most prolific creative talents at The Walt Disney Company and, arguably, the most accomplished.

An unpretentious man of strapping stature, Coats was the artist behind some of the stunning backgrounds produced at the Disney studio during the Golden Age of Animation before being handed-picked by Walt Disney, to start the fabled WED Enterprises—now known as Walt Disney Imagineering. Working side by side with Walt Disney, Claude Coats is considered a significant influence in creating the first theme park, Disneyland, and a new form of creativity called Imagineering. He forever changed the worlds of global entertainment, technology, architecture, and popular culture.

This book explores Coats’ first fifteen-years designing and building some of the most iconic and enduring attractions at Disneyland including Alice in Wonderland, The Submarine Voyage, Pirates of the Caribbean, The Haunted Mansion, and so many more. This 264-page book is profusely illustrated with many never-before-seen photographs and artworks.