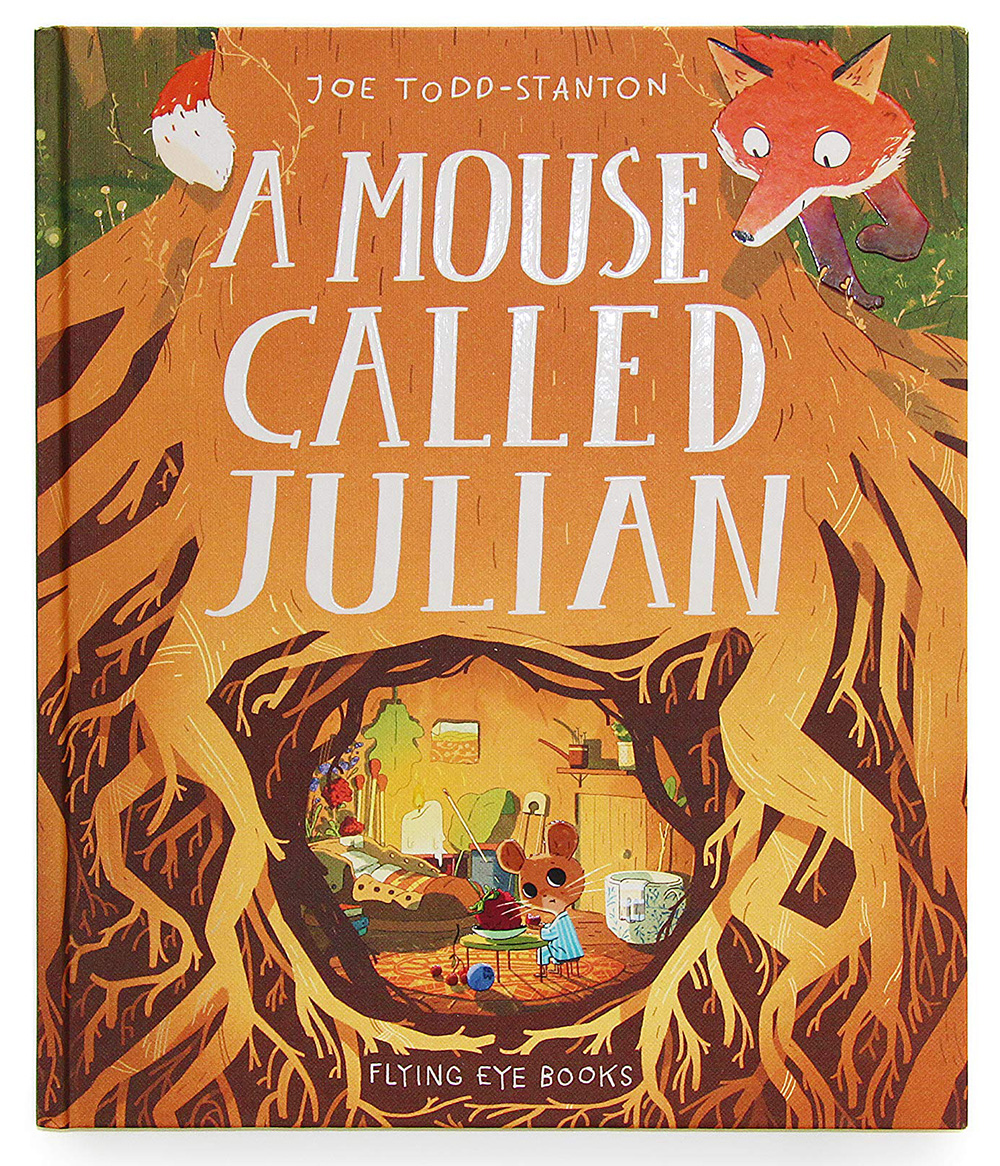 
Rising star Joe Todd-Stanton brings his unique, modern illustration style to an inversion of the classic Aesop Fable of The Lion and the Mouse, as Julian the Mouse learns that sometimes, having a friend over for dinner can be just the right amount of variety in your day.

When the fox tries to sneak into Julian's burrow for a tasty bite of mouse, it finds itself stuck headfirst in Julian's front door! At first alarmed and wary, they soon find themselves having a lovely dinner together, and it's not long before each realizes that they have found in the other a lifelong friend.