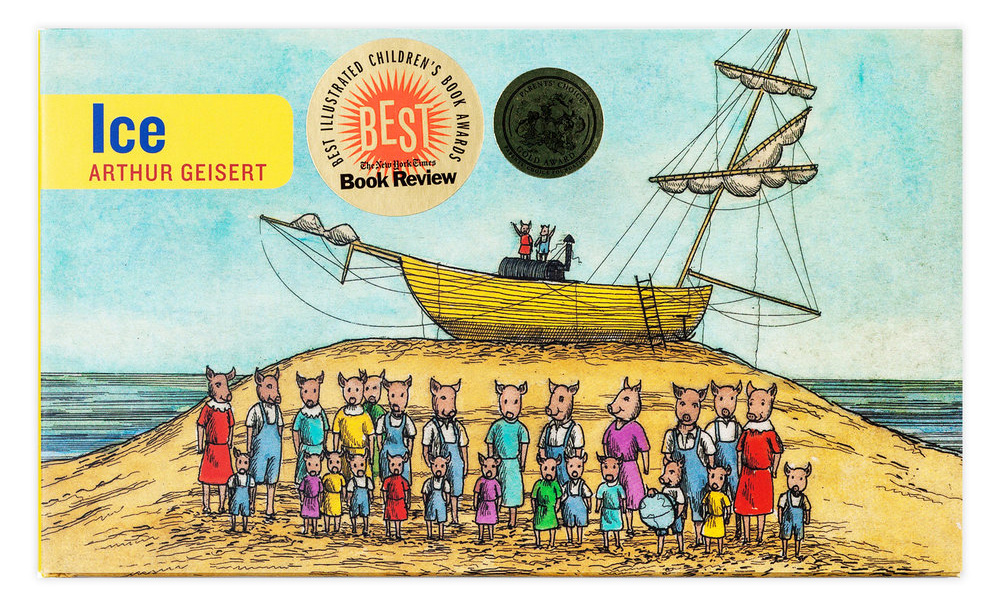 A gorgeously rendered wordless tale of discovery and adventure that is meticulous in architectural detail and bursts with inventiveness. Arthur Geisert's ingenuity engages the child's imagination as well as the adult's through seamless storytelling and zany wit. Invested as always in his porcine universe, here Geisert tells the story of a community of pigs that is suffering from the heat. Rather than be sapped of energy and miserable, they go on an adventure in search of ice. The pigs' inventiveness and great can-do spirit create a joyful tale of change and adventure. The illustrations bring the action to life, making this a real page-turner and a great read-aloud book!

Arthur Geisert's pigs are legendary in the world of children's books. They carve ice sculptures, teach Roman numerals, create ingenious machines and get up to all kinds of antics. Did Arthur grow up on a farm? No. He grew up in Los Angeles and claims not to have seen a pig until he was an adult. Trained as a sculptor in college, Geisert learned to etch at the Otis Art Institute in Los Angeles. Geisert has published just about a book a year for the past thirty years, and every one of his books has been illustrated with etchings. His work has appeared in The New Yorker and the Horn Book Magazine, and he has won The New York Times' Best Illustrated Award. A resident of Galena, a community in northwest Illinois, for decades, he now lives in a converted bank building in Bernard, Iowa.