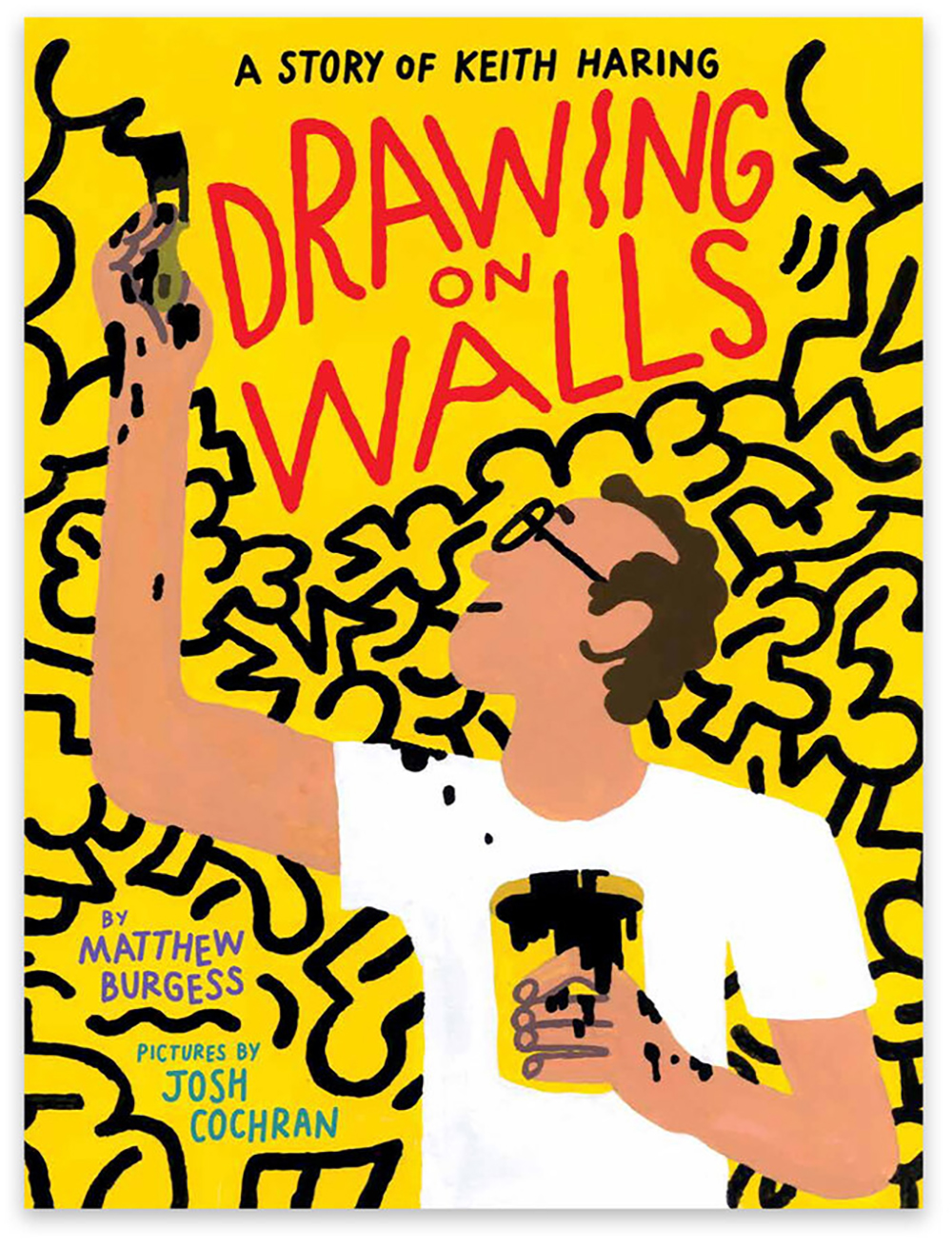 Drawing on Walls: A Story of Keith Haring

Josh Cochran is an illustrator based in Brooklyn, New York. His drawings are commissioned by a variety of clients in broadcast, books, magazines, and advertising. He has received awards from several publications and organizations including Print Magazine's 20 under 30 New Visual Artists 2009, ADC Young Guns 6, Society of Illustrators, American Illustration, and was recently featured on the cover of Communication Arts.

Truly devoted to the idea of public art, Haring drew wherever he went: from the Berlin Wall to the unused advertising space in New York’s subway. Haring’s iconic pop art and graffiti-like style transformed the New York City underground art scene in the 1980s. A member of the LGBTQ community, Haring died tragically at the age of thirty-one from AIDS-related complications. This inspiring, celebratory book honors Haring’s life and art, along with his very special connection with kids. “I would love to be a teacher because I love children and I think that not enough people respect children or understand how important they are.” —Keith Haring.

Thoughtfully written by Matthew Burgess, the much-acclaimed author of Enormous Smallness, and marking the debut picture book of illustrator Josh Cochran- himself a specialist in bright, dense, conceptual drawings- this book is truly a joyful veneration of the transformative power of art.