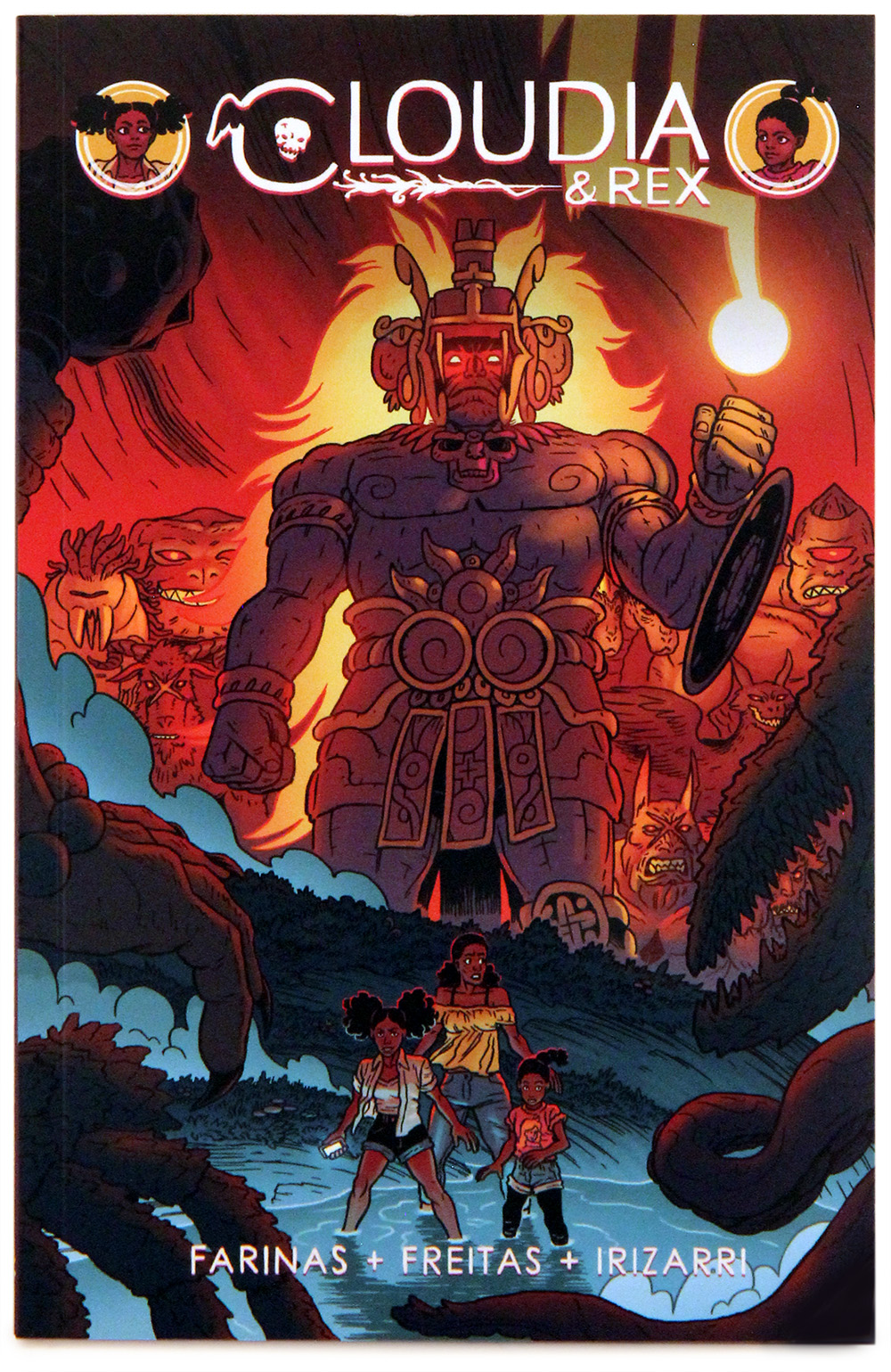 
After losing their dad, 12-year-old Cloudia and her kid sister Rex are taken on a road trip by their mother, who is having a hard time dealing with the stress of sudden single-motherhood. When their car is blasted off the road by a strange bolt from the sky, the kids find themselves with strange abilities―Cloudia has super strength and Rex is . . . a woolly rhino. It seems they've been possessed by two twin gods, Thanatos and Hypnos, who are fleeing the god-realm which is being overtaken by The High Waveform, a single consuming entity. Their mission is to use the girls to ferry the remaining fleeing gods to the World Tree, where a new realm of gods can be reborn. It's all a lot for a 12 year old to fully appreciate until the weight of the responsibility catches up with her.