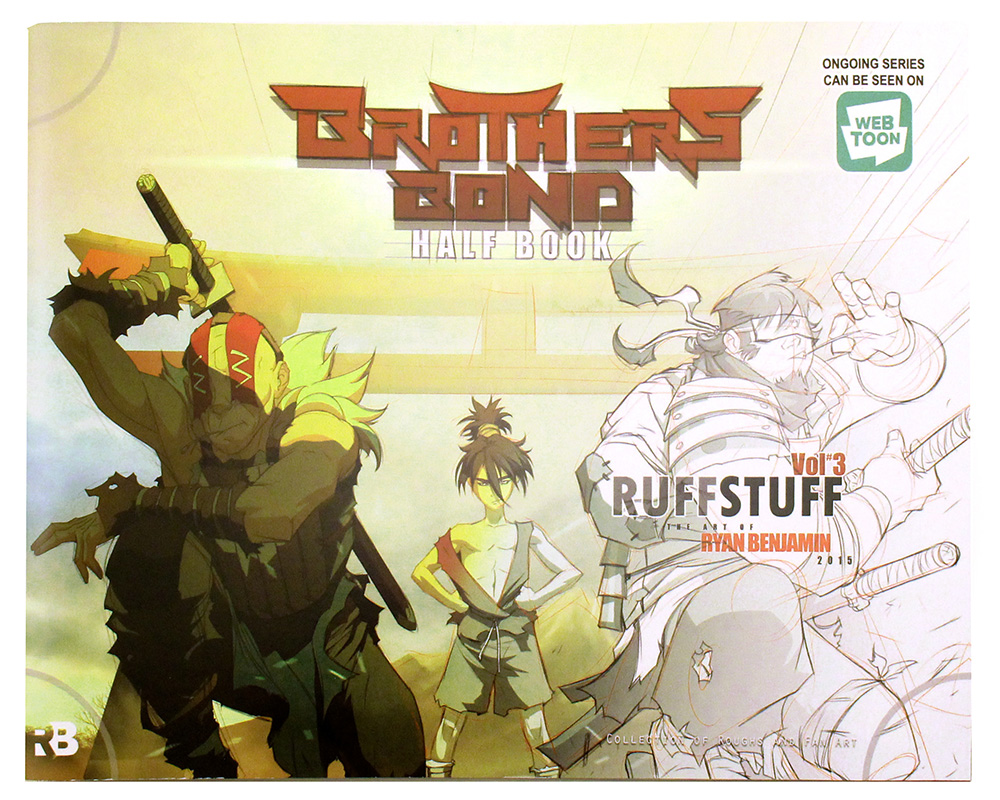 
The Art of Ryan Benjamin (2015) is the third in a series of sketchbooks collecting rough sketches and fully illustrated fan art. Included concept sketches from his original story Brother's Band.