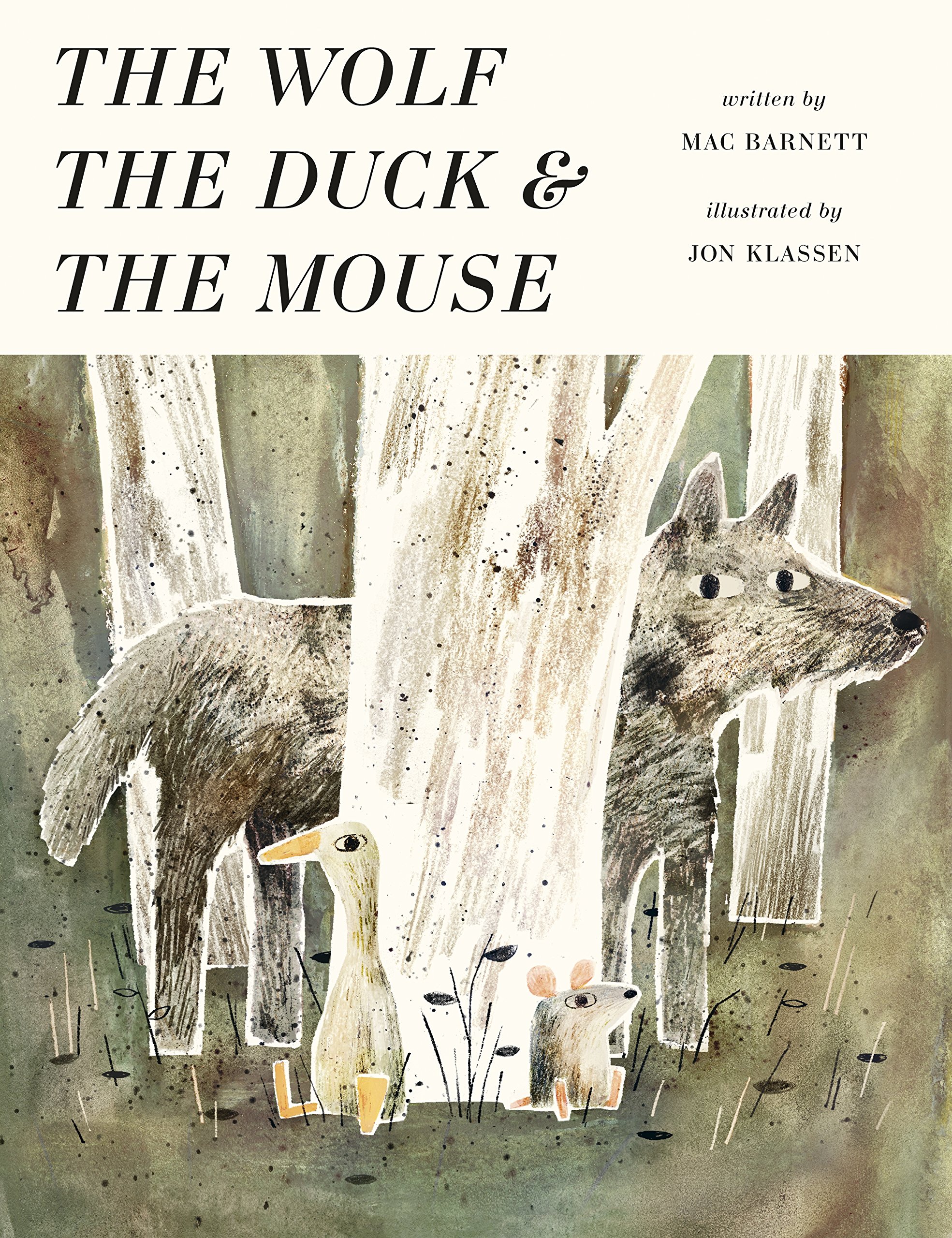 The Wolf, The Duck and the Mouse


This is a story about a duck and mouse who get swallowed by a wolf, and then decide to live in his belly.

Early one morning a mouse met a wolf
and was quickly gobbled up.

When a woeful mouse is swallowed by a wolf, he quickly learns he is not alone: a duck has already set up digs, and, boy, has that duck got it figured out! Turns out it’s pretty nice in there, with delicious food and elegant table settings, courtesy of the wolf’s unchecked gluttony. And there’s something even better: no more fear of being eaten by a wolf! In fact, life is pretty good, until a hunter shows up. . . . With a nod to traditional fables and a wink to the reader, the award-winning Mac Barnett and Jon Klassen offer a tale of cooperation and creative cuisine that is sure to go down easy.