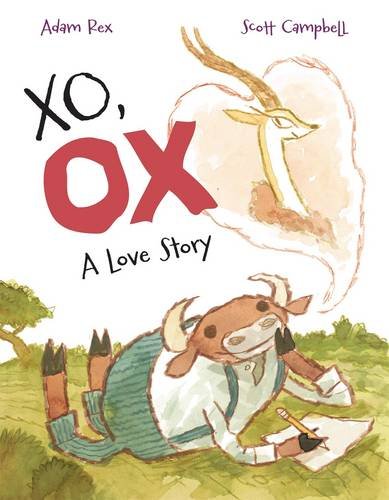 For some time now I have wanted to write a letter to say how much I admire you. You are so graceful and fine. Even when you are running from tigers you are like a ballerina who is running away from tigers.

I think that what I'm trying to say is that I love you.

And so begins an epic, if initially unrequited, love affair between a graceful gazelle and a clumsy, hapless ox. Romance will never be the same.

Adam Rex's hilarious, sweet, and at times heartbreaking letters between a hopelessly romantic ox and a conceited, beautiful gazelle are paired perfectly with Scott Campbell's joyful illustrations to bring you a romance for the ages.