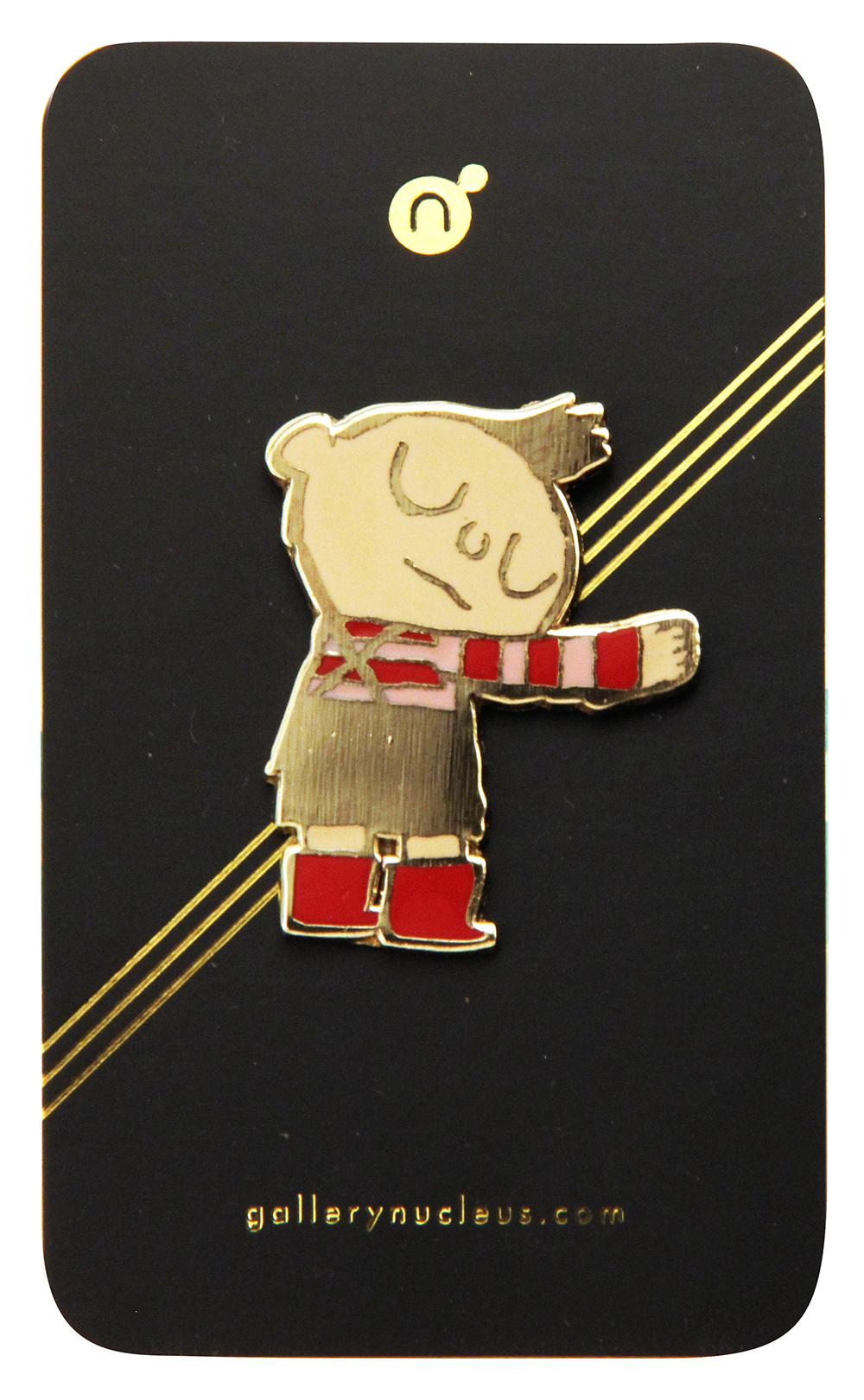 
An exclusive Gallery Nucleus x Scott Campbell enamel pin released duing San Diego Comic-Con 2015. His pin, "Hug Machine" based on one of his best-selling books is an adorable must-have for the most affectionate fans.