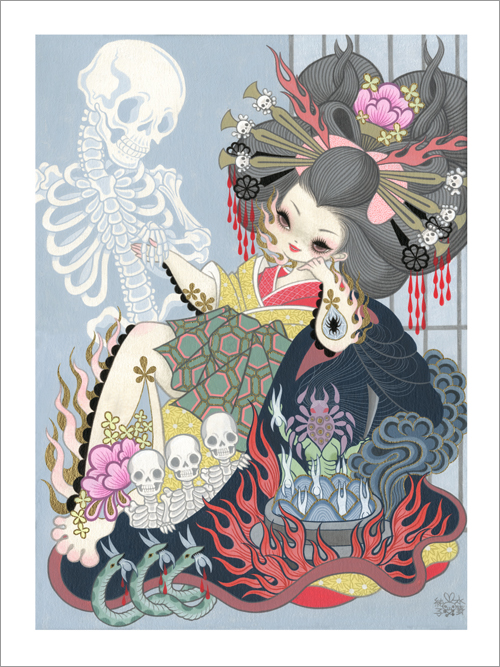 Jigoku Dayu was a courtesan celebrated for her alleged encounter of spiritual enlightenment with the Buddhist monk Ikkyū.  She has been a popular subject for many artists over the last several hundred years.  After getting kidnapped and sold to a brothel, she renamed herself as “Jigoku” (meaning “hell”), believing that her misfortune was the result of karma from her previous life.  She is usually depicted wearing a kimono with scenes of hell on it and is often surrounded by skeletons, representing her newfound understanding of life’s transience and illusion.  What may appear to be bizarre, scary, or even humorous images are actually symbols layered with her divine inspiration.  Upon witnessing Buddhist hell, the courtesan finds enlightenment and wisdom.