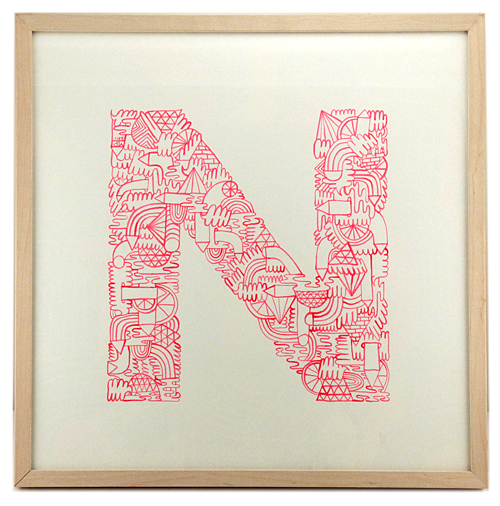 Mike Perry works as a designer and artist in a variety of mediums, including—but not limited to—books, magazines, newspapers, clothing, drawing, painting, and illustration. Perry works regularly for a number of editorial and commercial clients including Dwell, Target, and Urban Outfitters. In 2004, he was chosen as one of Step Magazine’s 30 under 30. In 2008, he received Print Magazine’s New Visual Artist award and the ADC Young Guns 6. In addition to his commercial, non-profit, and art work, Perry has also published extensively. His first of three books, Hand Job, focuses specifically on the relevance and beauty of hand-drawn type in the digital age.