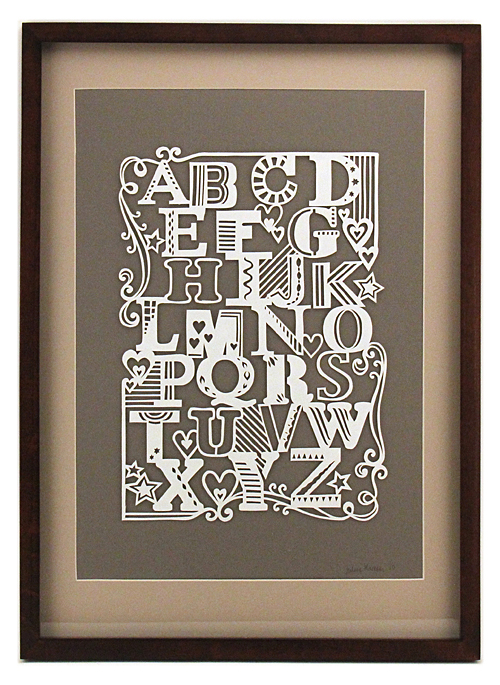 SHOW ALL
next >
ABC

Julene Harrison is a paper cut artist and designer hailing from Britain. Originally a constructed textile designer, she recently forayed into her new medium, and is quickly becoming a notable commercial artist. Harrison’s work is primarily text-based which, with her background in pattern design, results in detailed and intricate works for Scholastic, Toyota Magazine, Headline Publishing Group, WIRED, Papyrus, The Telegraph, Woman’s Day, and Random House. She has also taken on commissions for greeting cards, invitations, and window displays.